Over the last 18 months, CPGs, retailers, agencies, and vendors have had to adjust to a lack of in-person interaction. Thankfully, opportunities to meet face-to-face are slowly coming back!

Groceryshop, one of the largest trade shows in the food & beverage industry, came back in full swing at the end of September. AdAdapted had the chance to attend and speak at the conference, which was full of valuable insights for marketers. For those unable to attend, we’ve detailed a few of our observations below!

The floor of the Mandalay Bay was abuzz with product demos, catch ups with old colleagues, and the sharing of new ideas. At each speaking track, industry leading professionals shared their marketing challenges and steps they were taking to resolve them. The Groceryshop conference included representatives from the biggest CPGs and retailers, indicating that companies are comfortable with reestablishing their presence at in-person events.

2. The Future of Grocery is Frictionless Media

At her “Hey Google, What’s the Future of Grocery” speaking track, Carrie Tharp (VP, Retail & Consumer, Google Cloud) touched on a common theme that Groceryshop attendees tended to agree on. Carrie spoke about the need to find frictionless media that engages busy consumers. She and other leading marketers believe that the future of digital advertising and eCommerce for CPGs lies in the ability to get an entire set of recipe ingredients added to cart with a single click.

Jackson Jeyanayagam (VP, GM DTC, The Clorox Company) spoke to a challenge that nearly all CPGs are facing; CPGs still are not good at collecting first-party data, which will become increasingly problematic in a cookie-less world. Jackson pointed out that even though CPGs in the food and beverage industry don’t compete in-store with Nike or Ray-Ban, they still have to reach shoppers via mobile while they’re inundated with all sorts of advertisements. Moving forward, CPGs will have to find media that cuts through the clutter and engages shoppers at the moments they’re planning and making trips to the grocery store.

To learn more about AdAdapted’s show outlook and how we’re responding to these industry challenges, email info@adadapted.com! 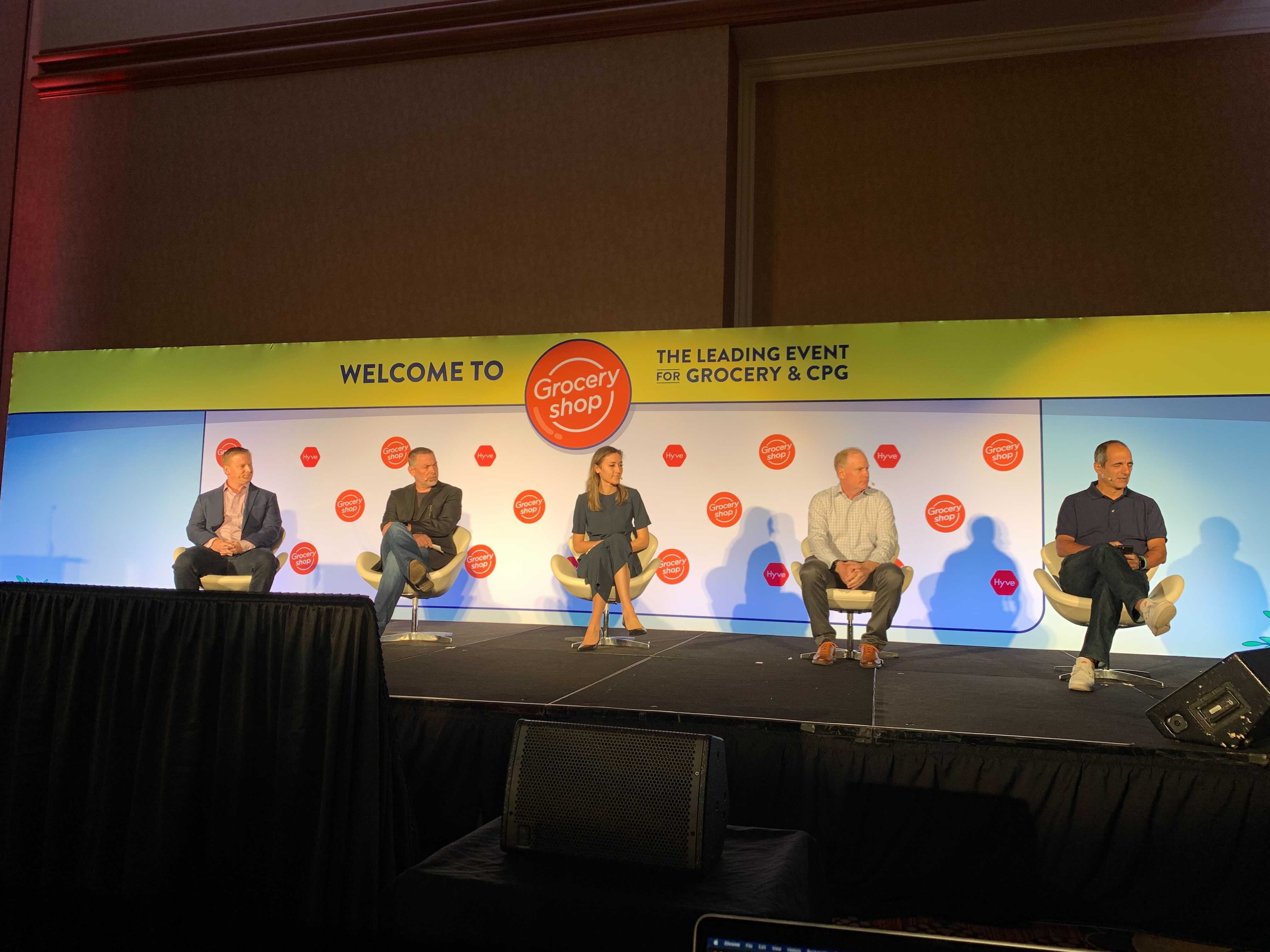